André Valentim Almeida is a Portuguese filmmaker and film editor currently teaching editing at Lisbon Theatre and Film School. He taught media production at the University of Porto and Aveiro and was the scientific coordinator of a major video training program at the newsroom of the Portuguese news agency (LUSA). André was part of the first yearlong collaborative documentary program at the UnionDocs (Brooklyn, NY) where he then became the Collaborative Studio Director for one year – as part of his PhD research on Interactive Documentary. He is currently part of the board of APORDOC, the Portuguese Documentary Association 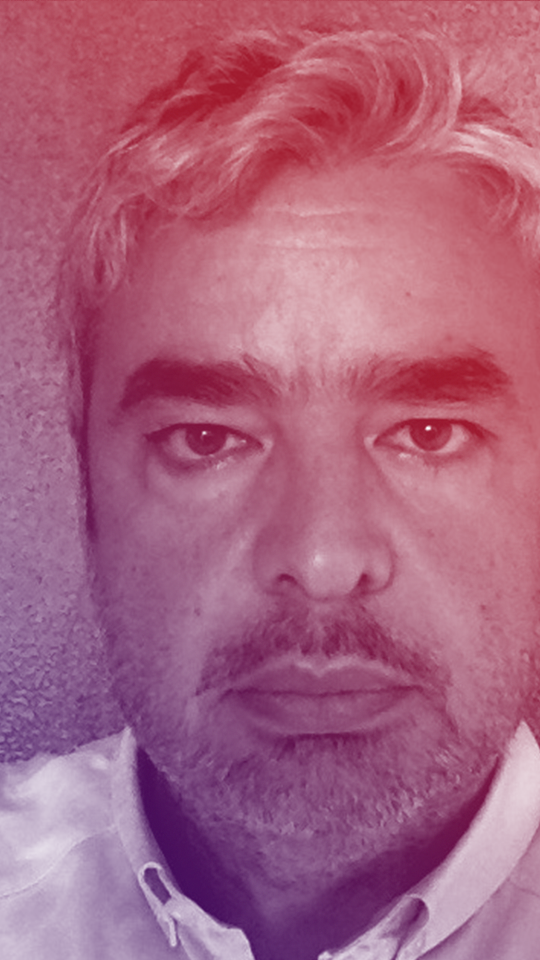 Luís Miguel Fonseca was born in Lisbon and studied cinema at ESTC. He worked as assistant director and script supervisor for several years. He was a co-founder of the production company Contracosta Produções. Directed shorts and documentaries and the feature length Antes Que o Tempo Mude (Before Things Change, FIPRESCI prize at BAFICI 06 – 2004). He also worked in theater as a producer, translator, playwright and director, having also co-founded the theater company Casa Conveniente. Teaches at ESTC since 2005. 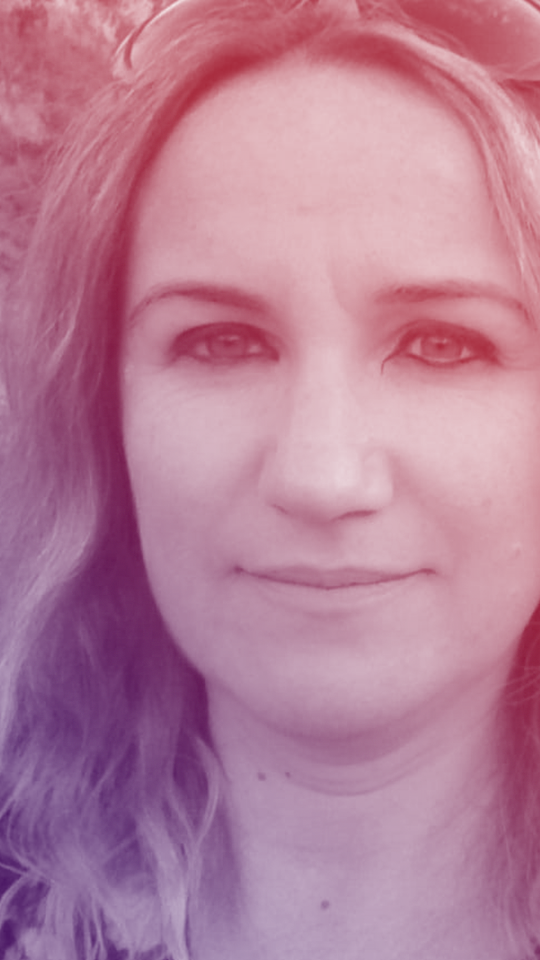 Nurhan Özsoy Tasdemir holds a degree in Radio-Television Cinema from Ege University, Faculty of Communication. Her documentary Crete and the Population Exchange won ‘The Best Documentary’ award in Young Communicators Compete contest. Since 2001 she has been working in TRT as a producer and director. Involved in the EBU project “Animals in Danger’’ in 2008, Tasdemir, in the same year representing TRT, has participated in the ABU meeting held in Malaysia with the film Bicycle Manufacturing directed by her in the category “How Things Are Made?”. She is the director and producer of the documentaries “Günes Saatleri / Hours of Sun”, “Yasamdan Kareler / Scenes from Life”, “Piva Manastiri / Piva Monastery” and “Kaz Otaran / Gooseherder”, which the was a finalist in many national and international festivals, winning the best documentary award at Rural Film Festival. She has acted as a jury in Rural Film Festival in 2018. Since May of 2017, she has been an executive at TRT Documentary and executive produced many documentaries there. 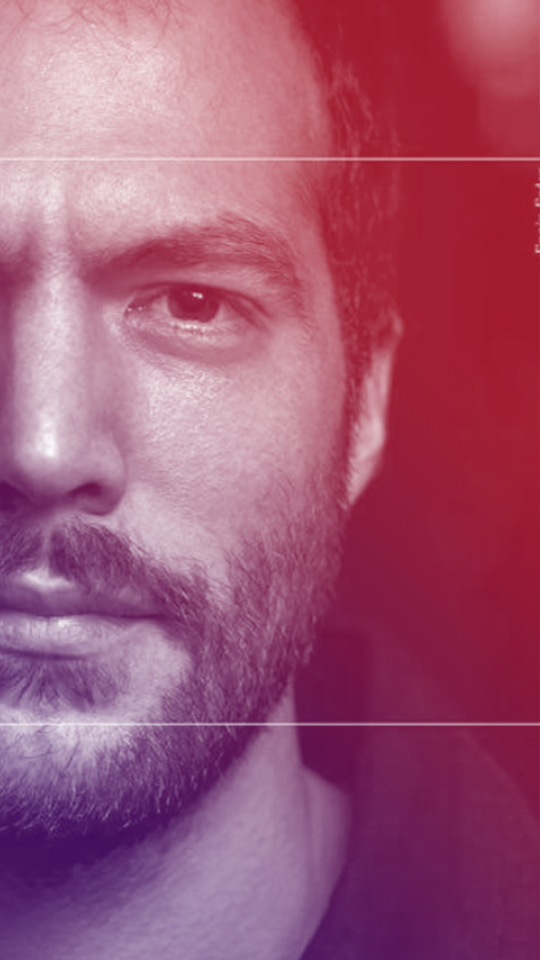 Engin Erden was born in Izmir in 1986. He moved to Istanbul when he was 22 and worked in Turkey’s leading advertising agencies as copywriter for six years. He wrote commercials, radio spots, press ads, and integrated campaigns for international and national brands. He has been the recipient of many awards in his six year career in advertising, such as Grand Prix in Golden Drum, Design Gold in London International Awards and many others. By the time he became 29, he quit his job to chase his passion for filmmaking. He moved to Prague to study directing in Prague Film School for a year. He wrote and directed six short films as school projects. He also directed a music video for Berlin/Istanbul based krautrock band Farfara. After he came back to Istanbul, he joined Böcek Yapim in September 2016.

Born and lives in Istanbul. Upon completing his studies at Anadolu University, Department of Cinema and TV, he went to Baltic Film and Media School in Estonia. He is currently a postgraduate student in History department at Bilgi University in Istanbul. Before he started directing TV commercials, he made award winning short films, received best film and best director awards and worked as an assistant director for feature films. His latest short film Birlikte (Together) was selected to Locarno Film Festival’s Pardi Di Domani section (Leopard of Tomorrow), the festival’s main short film competition.

Nazli Bayram studied Cinema and Television at Anadolu University. Her short documentary named “Moment” was screened at film festivals in U.S.A, Germany, Portugal, Turkey and was nominated for best documentary by SIYAD and best film by Exground Film Festival. Ms. Bayram is also one of the directors and the producer of documentary film named Insan Kent (City of People). She is the head of department of Radio, Television and Cinema Department at Yasar University. She is teaching screenwriting and directing.

Professor Sefik Güngör graduated from Ege University Faculty of Fine Arts, Film and TV Department. He began his academic career at Dokuz Eylül University. He is the Head of Film Design Department at Yasar University since 2008 and he has been working on documentary film and cinematography.

Çagri Inceoglu graduated from Anadolu University, Department of Cinema and Television. He holds master’s degrees on Social and Political Thought from The University of Warwick (2005) and Arts Management from Yeditepe University (2001). His doctoral research is about Modernization and Turkish Cinema. His main research interest is film studies and he has been teaching media, communication, and film studies to undergraduate and postgraduate students.

Sevcan Sönmez graduated from Anadolu University, Communication Sciences Faculty in 2006. She finished her PhD at the same university’s Social Sciences Institute with the thesis Traumatic Representations of Turkish Cinema in 2012. A well-known publisher printed this thesis with the name Remembering By Films. She has been working at Yasar University since 2008. Recent Turkish Cinema, European Cinema and video art are her main interest areas. She made documentaries and video works and she is currently producing different projects in this area.

Markus Berger works as full-time instructor at Dokuz Eylül University Fine Arts Faculty in Izmir, teaching 2D, 3D, digital and analogue animation. Born and raised in Austria, he studied “Media Technology and Media Design” and “Digital Arts” at the University of Applied Sciences in Hagenberg. His graduation film, a short animated documentary, Replay – Kindheit in der Sandkiste, was screened at several festivals and won an audience award at the ASIFA One Day Animation Festival Vienna in 2014.